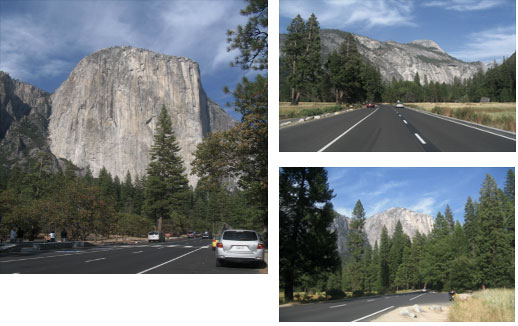 Story and photos by Tom Blake

Editor’s Note: This is the third of a series of stories Blake has had published in the MSTA Florida Chapter newsletter, The Florida Gator Tale. The story originally appeared in the Aug. 2020 newsletter and has been edited to match the MSTA website’s style.

I left Oregon and the Pacific Northwest and began my ride through California and Nevada.

After leaving Crater Lake, Oregon, I rode southwest to Crescent City, California, for the night. It’s on the coast, just past the state line. Forests of giant redwoods can be found throughout northern California, and I rode through a portion of Jedediah Smith Redwood Forest as I approached Crescent City. The next morning, I rode through Prairie Creek Redwoods State Park in the morning as I was heading out of town. It was awesome! If trees could talk, just imagine the stories the redwoods could tell.

When I reached Arcata, California, I turned southeast. Later in the day, as I was nearing my destination of Redding, California, the temperature reached 111 degrees. It was a dry heat that made the open air felt like a sauna that stretched for miles. I’m just glad I wasn’t there earlier in the day.

The next morning, my GPS — set to ‘shortest route’ — guided me to Lassen Volcanic National Park along twisty, narrow roads that were not on the map. It was a great ride. The land was strewn with rocks, and vegetation was sparse and scrawny. Here and there, there were a few horses, cattle or deer, but no crop fields. After reaching the park, I read that the first eruption spewed rock a hundred miles to the west, which explained what I had just seen. A second eruption, actually from a separate but adjacent volcano, occurred in the early 1900’s. The visitor center is situated within the latter’s crater. Good lord!

The little town of Truckee, California, in the Sierra Nevada Mountains was on my path to Lake Tahoe. Truckee is the site of Donner Pass and Donner Lake, both named for a pioneer party — some of whom resorted to cannibalism to survive a brutal 1846 to 1847 blizzard on their trek to California. Nearly half the party perished from the cold or starved. There’s a pioneer memorial at the base of the pass.

I arrived at Lake Tahoe’s north shore and followed the road around the eastern (Nevada) rim to South Lake Tahoe on the California side where I spent the night. Gambling and clubs were in full swing on the Nevada side. The lake is large, offering all sorts of aquatic recreation opportunities. In the winter, the surrounding mountains are full of skiers.

The next day I rode California Route 4 — also known as the Alpine State Highway — south-southwest over the Sierra Nevada range to near the western entrance to Yosemite National Park. This was one of the most exhilarating rides of the trip and lasted the better part of the day. The road was in great shape but very narrow, very twisty and with deep, abrupt, unprotected drop-offs in many places. I will never forget portions of that road!

Yosemite was a relief as there were no big drop-offs. And the bold rock mountain faces I rode past were stunning. I recommend entering the park on California Route 140 eastbound and exiting to the south on California Route 41. I rode Route 140 in and then backtracked, crossing the park west to east on California Route 120. That route runs farther north and is more like a nice ride in the mountains than the spectacular Route 140 was, as Route 140 traverses a valley. It was dusk when I finally exited the park, and nightfall had set in by the time I got to my reserved room in the town of Mammoth Lakes. I was exhausted. Fortunately, the on-site restaurant made me a pizza, which I took to my room and devoured.

In the morning, I rode California Route 295 to California Route 168 toward Nevada. This was an especially lively ride. The road was narrow, two-lane, hilly and twisty. As I approached rises, there weren’t clues as to which way the road might bend on the other side. I had to slow down and stay alert. Usually there are power poles or trees to give an inkling of what’s ahead — but not here. And the road rarely remained straight.

I then took Nevada Route 266 and U.S. Route 95 heading south-southeast, which got me the rest of the way to Las Vegas. It was hot with not much to see except sand, sagebrush and Joshua trees. But that’s Nevada. The wind was howling across the desert from the southwest, and sudden gusts strong enough to rip me off the saddle were frequent. It was impossible to grip the bars tightly for long periods of time. So, I learned to lean well forward, putting a lot of bend in my elbows. This way, I had a second or two from the start of a gust to get a good hold of the grips before my elbows straightened. That kept me alert, but it was a tiring ride.

Once in Las Vegas, I attempted to get downtown to the big hotels but kept running into dead ends. Finally, I just hopped onto Interstate 15 and ended the day’s ride in St. George, Utah.