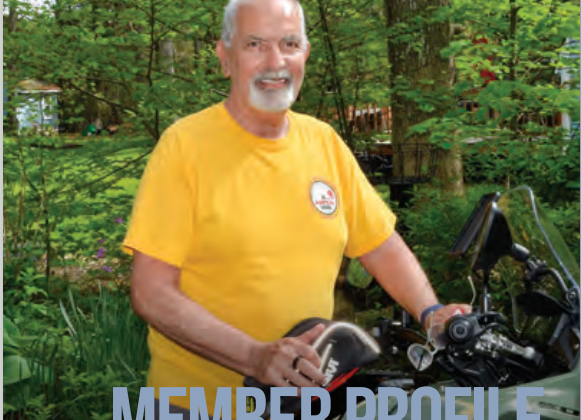 Every issue of the club magazine, the STAReview, contains a profile of one of our members. This is the most recent profile, published in the November/December 2022 issue. “Cos” is typical of our members across the US.

What was your first motorcycle?
Mine was a blue 1989 750cc Suzuki Intruder.

What is your all-time favorite motorcycle?
My dream bike is a 1990’s Ducati 916 (any year). I knew it would get me in trouble,
performance-wise, so I kept the purse strings closed tight and never bought one.

How long have you been riding?
I’ve been riding motorcycles since 1987, after the kids were grown. I rode some while in college in the 1960s, but it was mostly local riding on a friend’s 500cc Triumph. That’s when I was bitten by the motorcycling bug. When I was a kid in northern New Jersey, there weren’t a lot of motorcycles around. My three cousins each had Harleys and I thought they were so cool. I knew I wanted a bike, but never figured it would take me thirty years to realize my dream.

When did you join the MSTA?
I joined the club in August 1995.

How did you hear about the MSTA?
To be perfectly honest, I don’t recall (perhaps on the early internet) but right after I joined, I wanted to go to the 1996 STAR in Davis, WV. I contacted a local HSTA member, Roger Prince for some riding tips since I had never been out-of-state on the then new Honda ST1100. He was the expert I looked up. He and his wife Carol have been fast friends of my wife Marry Anne and myself ever since.

Who or what was your biggest influence in motorcycling?
Generally, I think the camaraderie of the folks in the club and emulating ways they handle riding and listening to advice has made me a better and safer rider.

Where are your favorite places to ride?
When the weather is good, you can’t beat Vermont or New Hampshire for sheer joy of beautiful area and twisty roads at your disposal. That plus the fact that they are only hours away, so if you wake up to decent weather, you can hop on your bike and have a terrific day of riding.

Describe a memorable motorcycle adventure?
There have been a few, but several years ago, my son and I traveled up through Nova Scotia and New Brunswick on up to Caspe Peninsula where we spent ten days exploring the area. Great roads/great people. Struggling with my French made it that much more interesting.

What is the best motorcycle advice or tip learned through the years?
Be totally aware of what lurks at the exit of that tight turn you’re taking and be prepared to take action to avoid a potential accident. This is especially true if there is a moose around that bend of which there are many in Mine.

What turns you on about motorcycles or riding?
Riding is freedom. Just you, the thrum of your bike’s engine and the solitude it affords you is soul cleansing. It’s not about going fast, although that is a thrill in itself, but flowing through sweepers
and enjoying life is what I feel it’s all about. That and the companionship of like-minded riders.

What do you get out of your MSTA membership?
Being part of a group that has a lot of the same interests as me is a joy. The group is more like a family than just a club.

What are your hobbies and interests outside of motorcycling?
Photography has been my love for years, and new advances make it that much more fun and interesting. Since my Mary Anne and I have been retired for several years now, travel and gardening are high on the list. 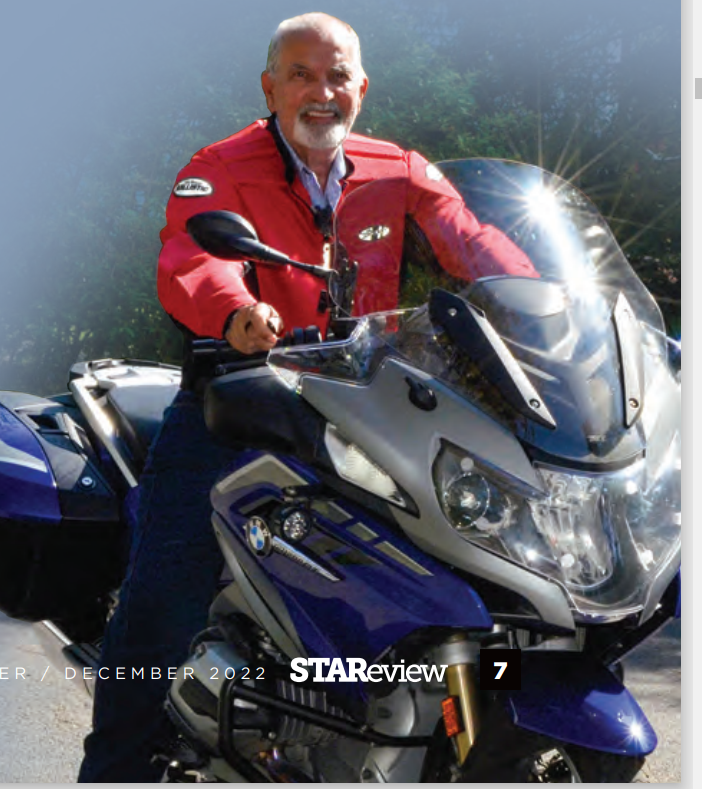