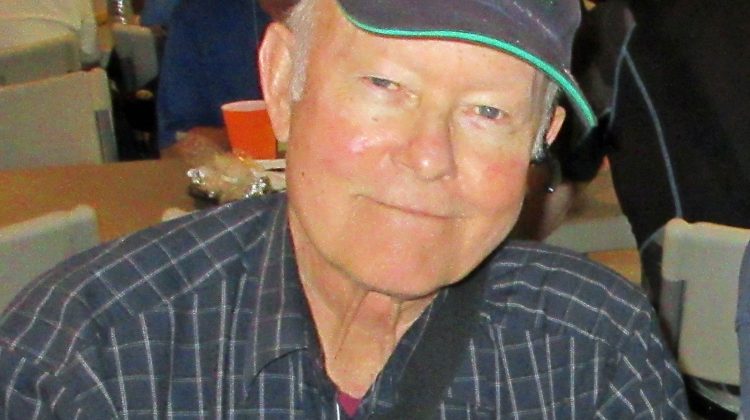 Harry and his lovely wife, Beth, have been fixture with the MSTA for almost 3 decades. They basically ran the registration room at STAR for many of those years, and Harry was also a Member-at-Large participate of the Executive Committee for many years. It’s there where I first got to know him and to appreciate his wisdom and gentle nature. He was truly one of the best people it has been my pleasure and honor to know and to work with. I miss him already……..Patrick Mogavero

Harry was a self-described “gearhead.” He swapped his first car engine (1940
Ford Coupe) at age 16. Throughout his high school years, he was a voracious
reader of car magazines, keeping multiple stacks of them in his bedroom. He
spent many weekends sorting through the local junkyards looking for parts
for his next project. He started the ‘Roadrunners’ hot rod club at age 16.
Members displayed a cartoon roadrunner on an aluminum plaque on the rear
bumper of their cars. The Roadrunners club met monthly in the parlor of the
funeral home where he lived and worked. “Gearhead” sounds like an apt description for Harry.
He was introduced to motorcycles by his brother Jerry, in the early 1990s.
His first motorcycle was a Honda Rebel 250. Harry attended the Chicago International Motorcycle Show in February 1993. The Honda Sport Touring Association (HSTA) had a booth at the show and club President Don
“Moose” Parish was working the booth. Moose was the one who introduced
Harry to the HSTA, and Harry joined the club formally in
March 1993. Soon after, he purchased a Honda Saber 750.
Harry immersed himself in all things motorcycle; traveling to Daytona Bike Week with
his youngest son Mark several times, and organizing dual-sport riding in Moab, Utah.
While living in Illinois, Harry and Jerry purchased identical Ducati 900SS motorcycles
and rode them on “manly outings” that Harry planned, often times to the southwest part
of the USA, or to Canada for Ducati track day events.
When his son Mark moved out west to attend Colorado State University, Harry soon
learned how good the riding was in Colorado. So, he bought a bike, left it with Mark, and
began flying from Illinois to Colorado every other month so he could ride with Mark and
friends. In 1995, Harry and his wife Beth moved to Colorado, and eventually to Loveland in 1998. The purchase of a Honda Goldwing soon followed, and Harry and Beth
began riding 2-up more and more, be it to HSTA/MSTA events, or multiple overseas
trips to Austria, Italy, and New Zealand.
Harry was an excellent trip organizer and used his skills to plan riding trips across the
USA for his Austrian and Italian friends as well.
Though he held several positions within the MSTA on the state and national level, Harry’s biggest legacy to the club will be the “event registration software” that he developed, which the club has used since 2006, for STAR Rallies, regional rallies, and “Just
for Fun” events. How easy it has become to register for a given MSTA event with just a
few clicks at www.planetreg.com/.
But what of Harry’s legacy vis-à-vis his family and all the people he encountered during
his life, whether they were motorcyclists or not? The positive relationships that Harry
developed with his immediate family, friends and acquaintances are most evident, given
the language I have heard used to describe Harry: amicable by nature, approachable, generous with his hospitality, gentle, giving, loving, neighborly, not one to suffer fools, of
goodwill, quick to smile, quick to laugh, unassuming, and willing to help out. (Add your
own “Harry adjective” as you see fit.)
Harry is survived by his bride of 57 years, Beth, and their three sons, Mike, Dan, and
Mark.
When asked to describe Harry, Jerry Hemstreet said, “He was the best brother and riding
buddy one could ever have.”
Godspeed, Harry