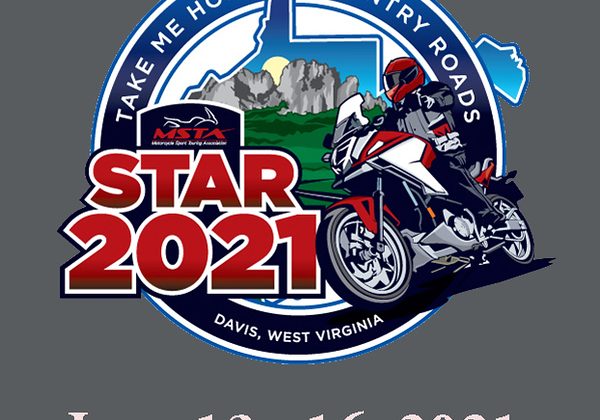 The 38th edition of the annual MSTA National Rally, or STAR, was a resounding success! 300 MSTA members and friends gathered together at the Canaan Valley Resort in NE West Virginia for 5 days of fun and frolicking at the resort and on the fabulous roads of the Mountain State. Old friendships were renewed, new friendships were established, old stories were retold and new memories were made. All to the backdrop of a wonderfully positioned and setup resort, just made for exploring and relaxing. Planning for this event began several years ago. In fact, this was the 2nd time the STAR Rally has been held at this location. The 1st time being in 1996, exactly 25 years ago. Much has changed at the resort over the last 25 years, with many of those changes as a result of a 34 million dollar investment made to the facilities over the last decade. But much has also remained the same, the best things. It is still located in a largely rural area of the state, the picturesque beauty of the region still remains, and the roads are still twisty, challenging, and fun to ride! All the things that a great rally need are still there, and this one didn’t disappoint hardly anyone.

People started arriving as early as Thursday, and continued to poor in on Friday and over the weekend. 95% of the people rode their bikes to the rally, with the longest distance riders getting special awards.
Dan Thomas rode over 2,000 miles from the state of Washington to claim the long distance award for males. 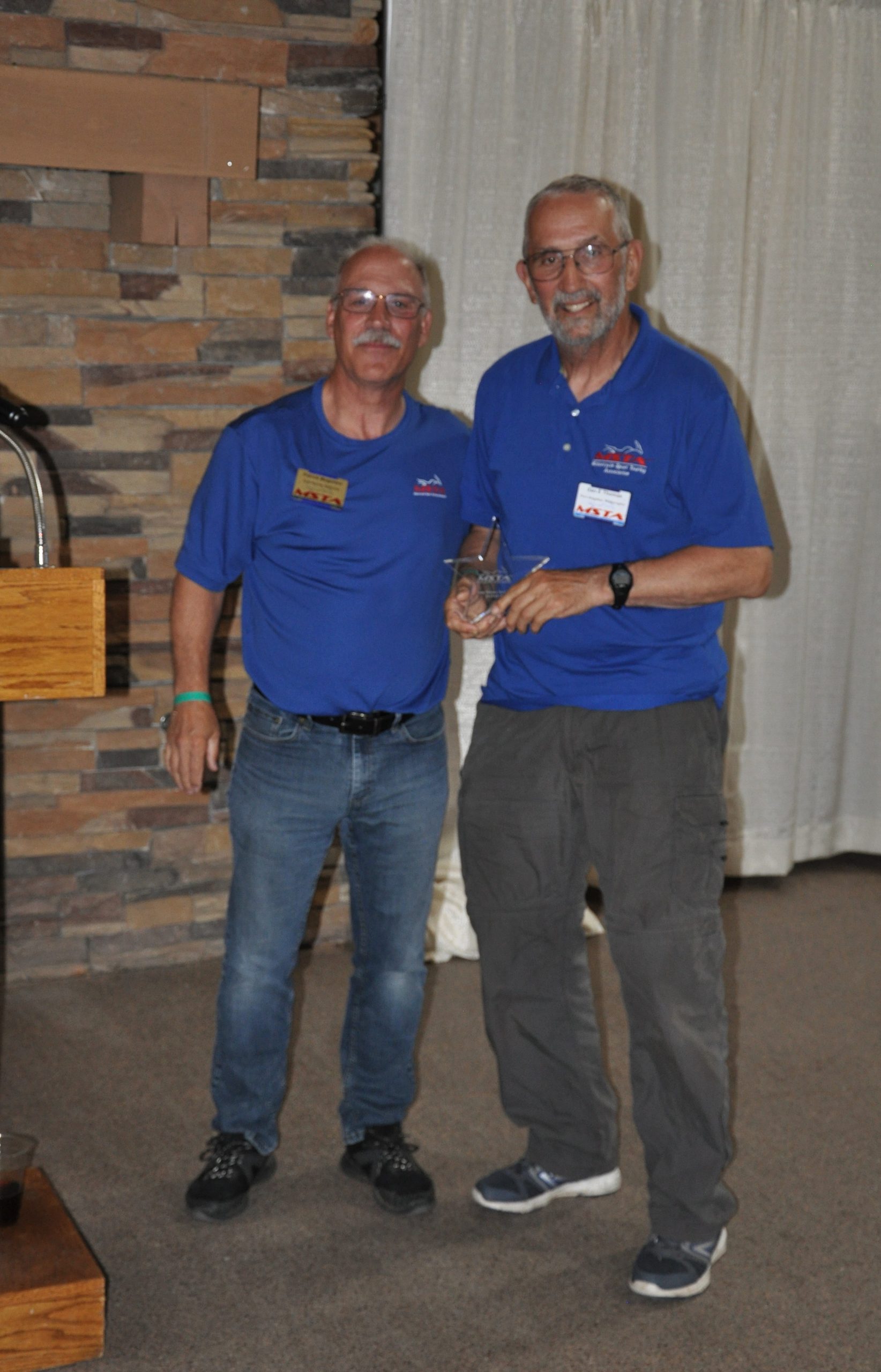 Ellen rode over 1000 miles from Florida to claim the long distance rider award for the women in the group. Outstanding! 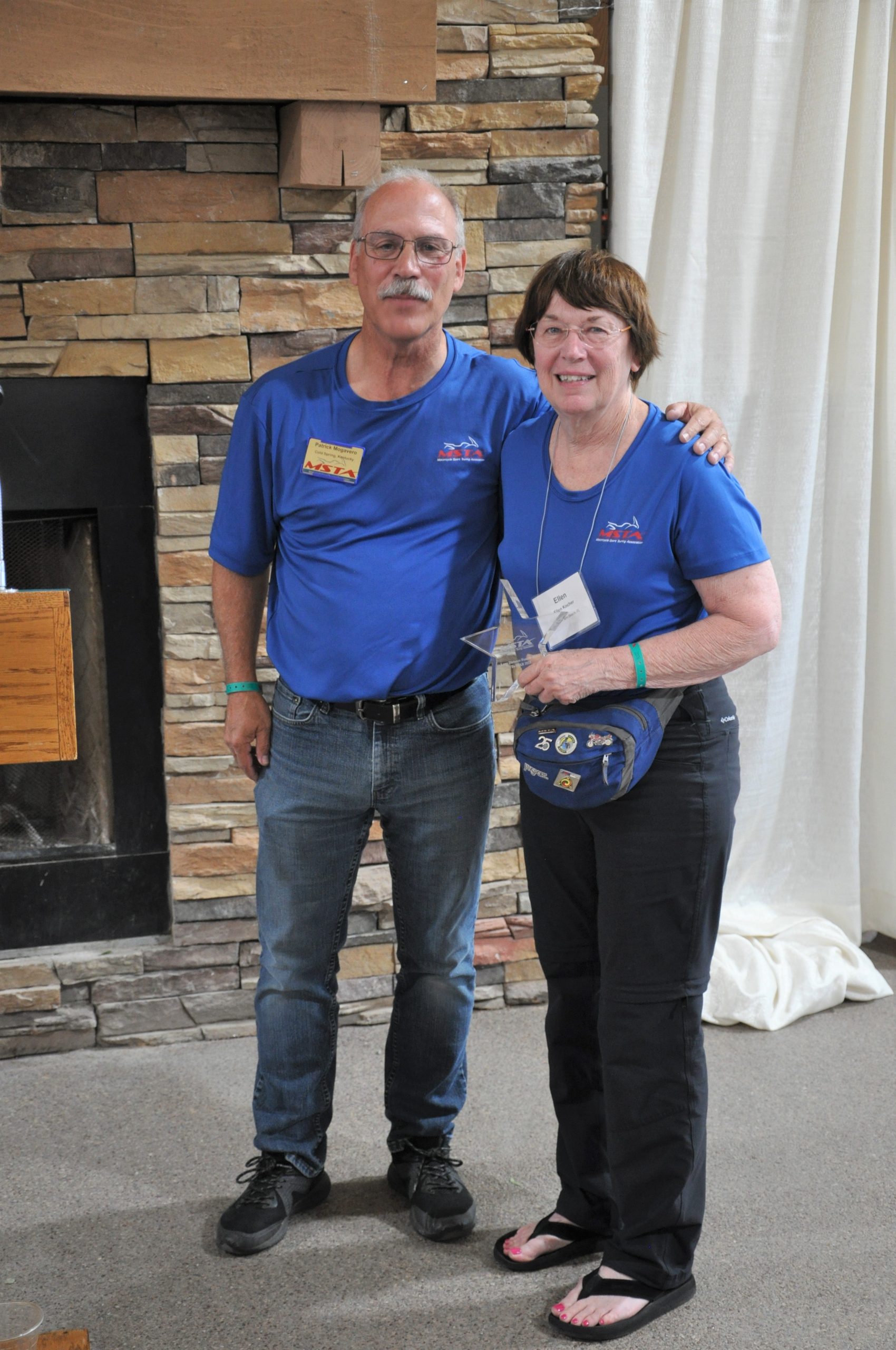 But many other people came from lesser distance and by Saturday the resort was chock full of every kind of bike from every direction. 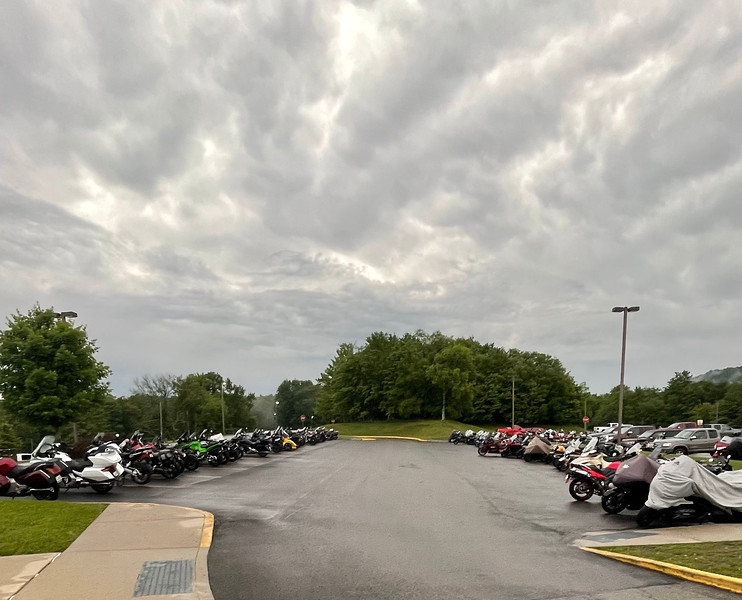 In fact, there were so many bikes parked in the front parking lots, it was becoming hard to find a place to park any more! We had to put up a sign near the entrance to keep people from parking cars in the main parking lot.

You see, during the day the emphasis of the attendees was on getting our and RIDING. So as you can see from this before and afterwards photo, if someone happened upon the resort during the day they wouldn’t hardly even know there was a motorcycle rally going on. 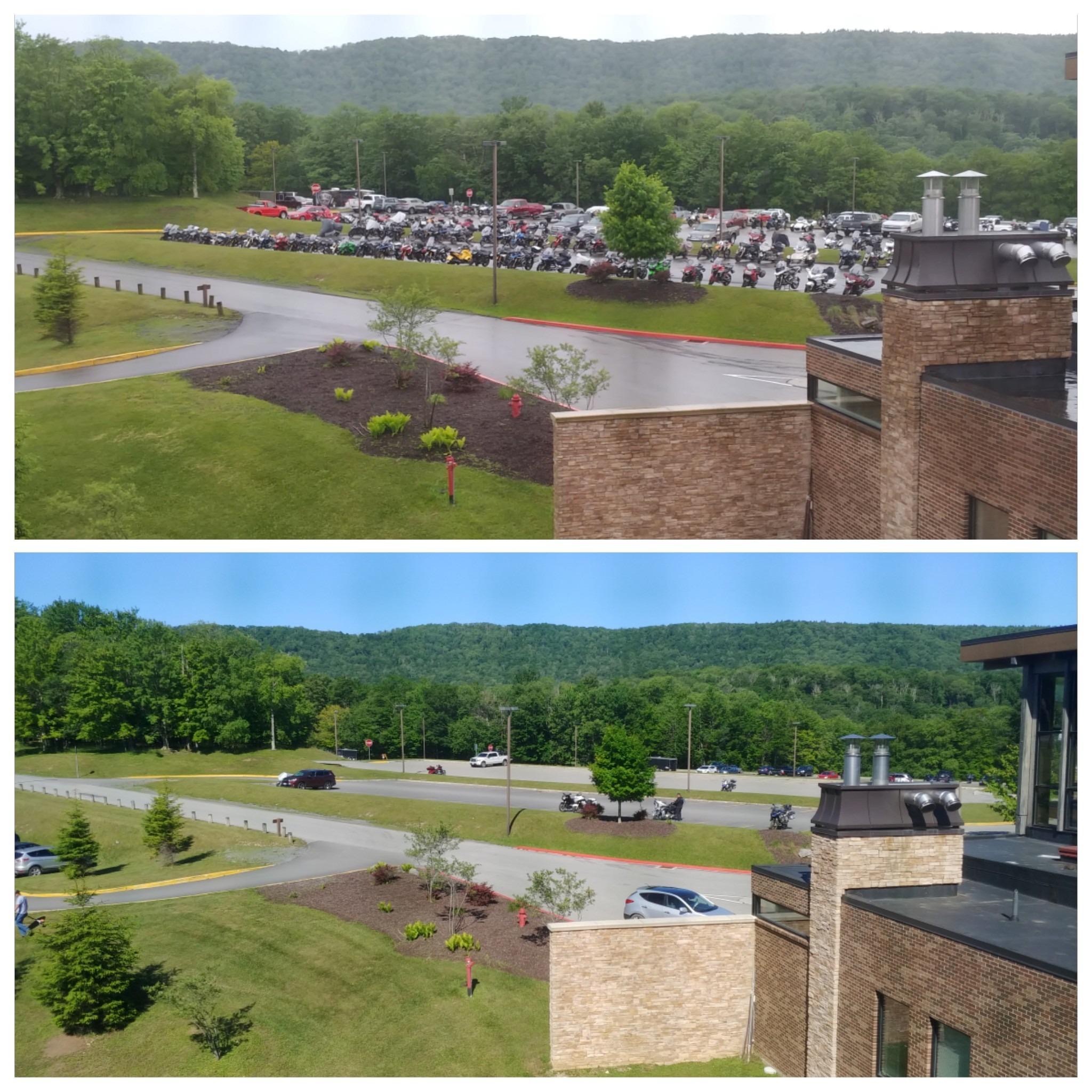 But after getting some good riding in during the day, most of the attendees found time to socialize and rekindle friendships forged over several years of membership and attendance at STAR and regional rallies. 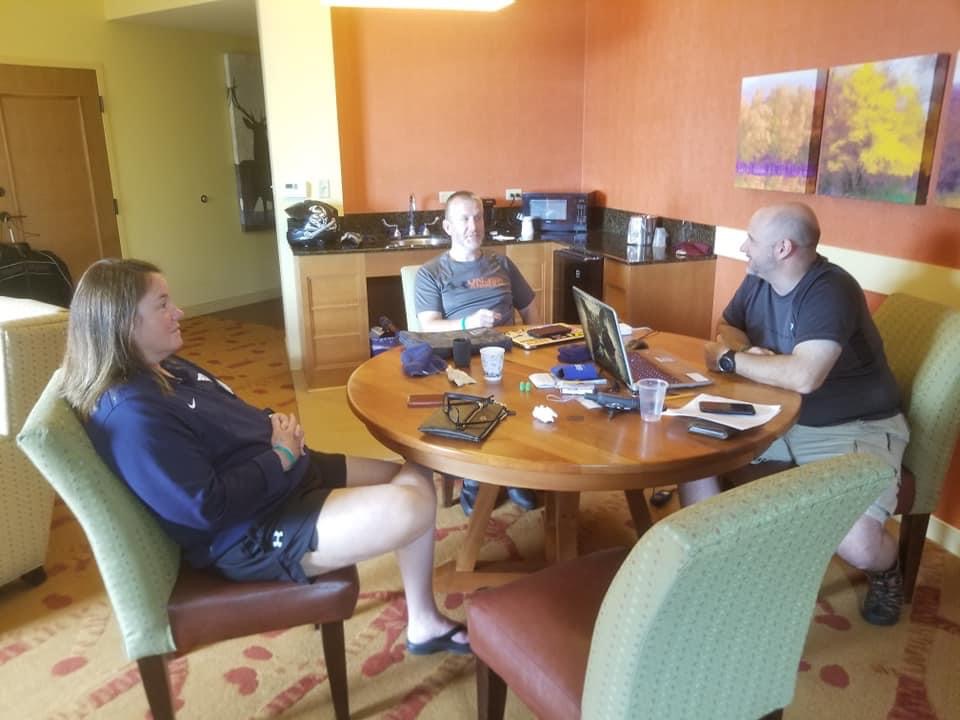 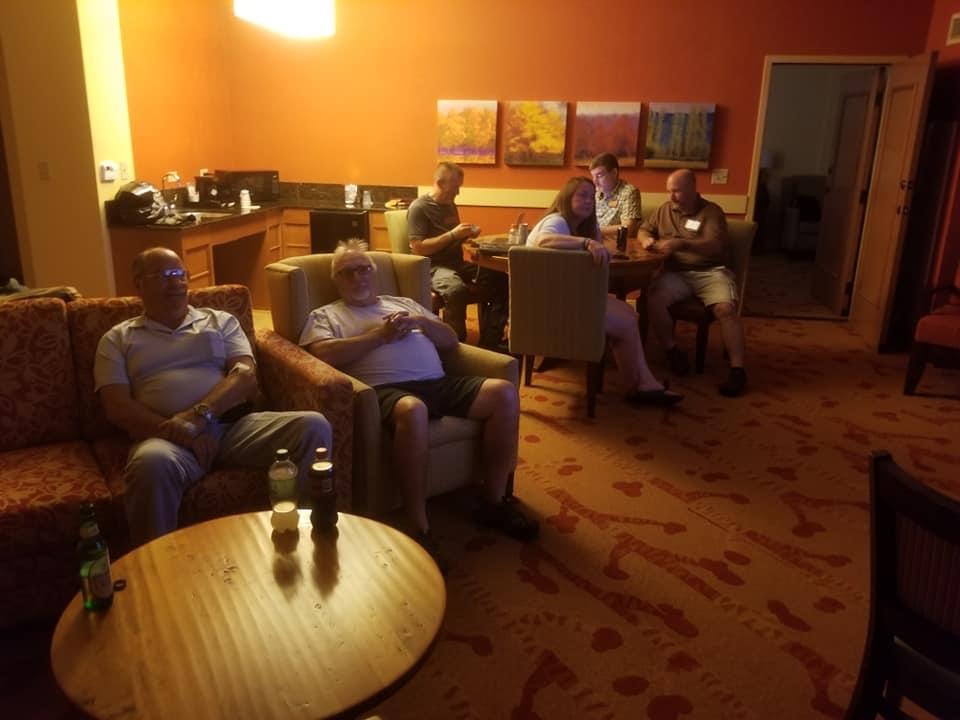 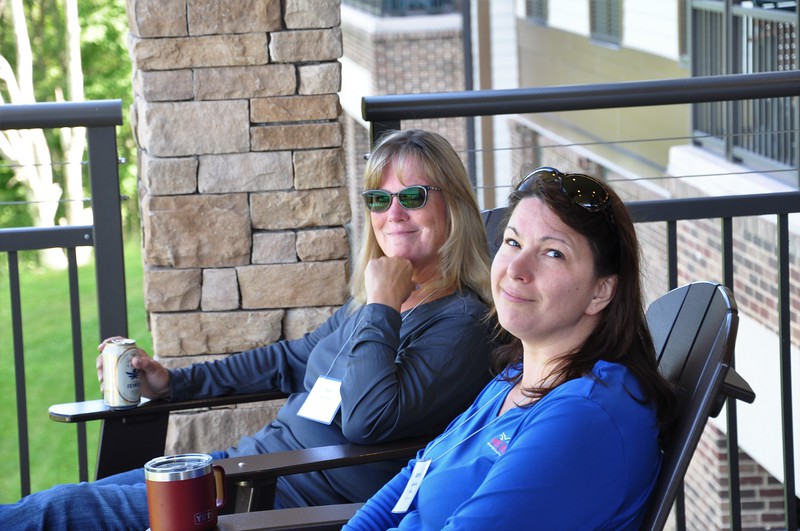 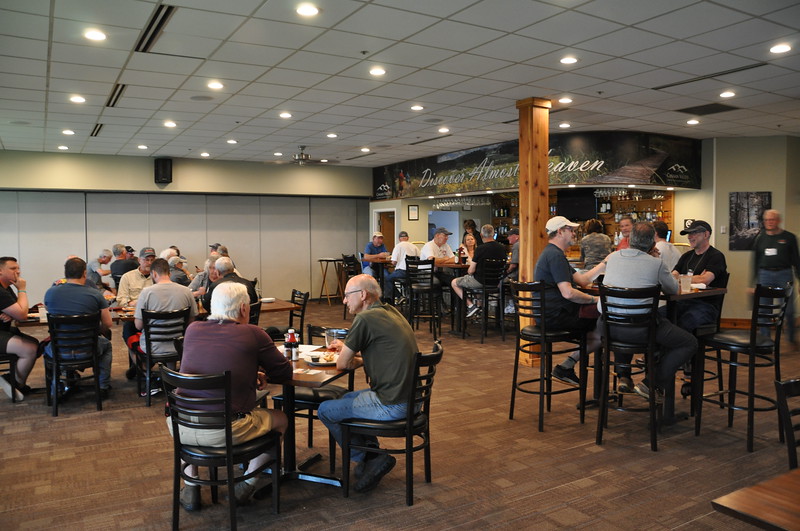 No matter if it was in the resort lobby, the coffee shop, the restaurant, one of the many quiet spots found in the lodge, the lounge, back in ones rooms, or in a cabin, there were lots of opportunities for people to gather and converse. Spinning stories and telling lies!

The days were spent riding, and oh what kind of riding West Virginia has to offer! You want twisty technical roads? They have it. 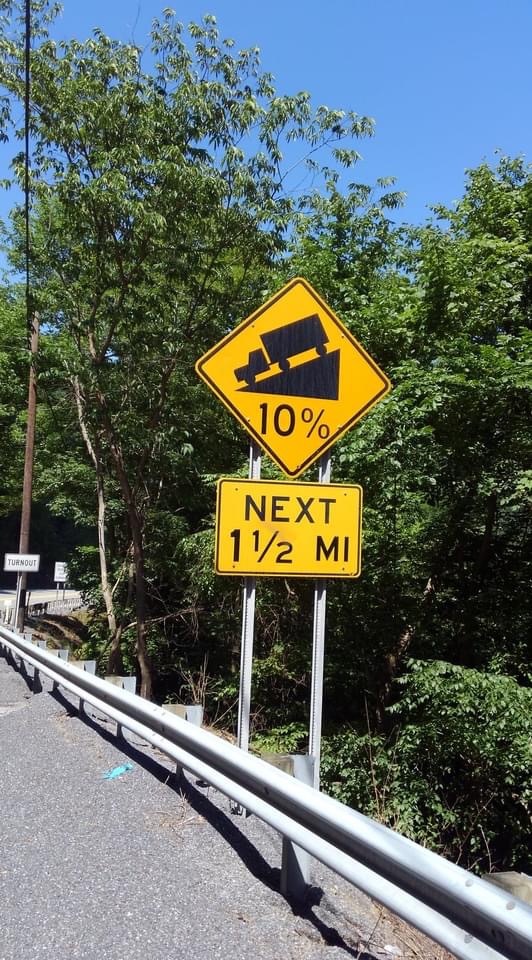 You want some quiet country roads with abundant beauty and no traffic? It’s got that too. 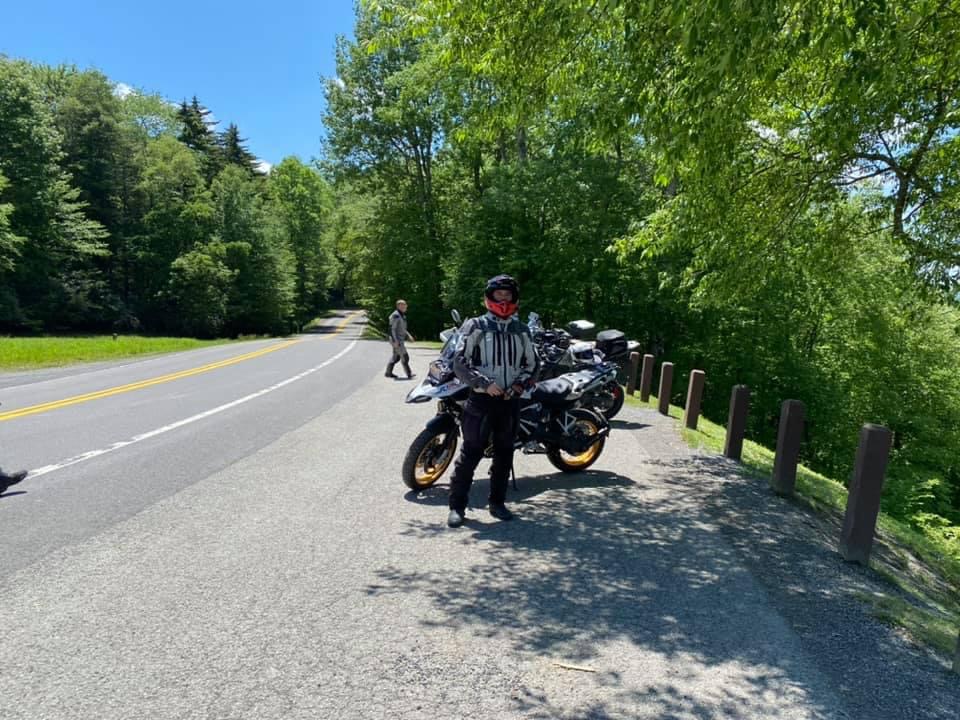 Perhaps you are looking for some dirt or trails? Yup, no problem there either. 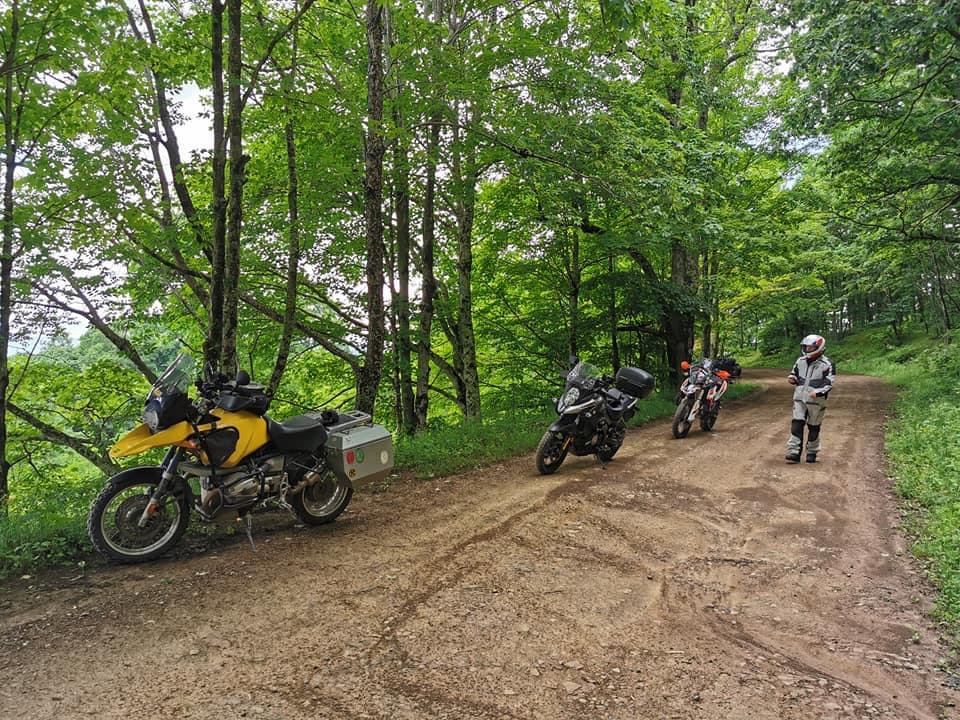 Or if you preferred to just ride around looking for natural beauty, wonderful views, points of interest, and cool places to stop, well WV has that covered too. 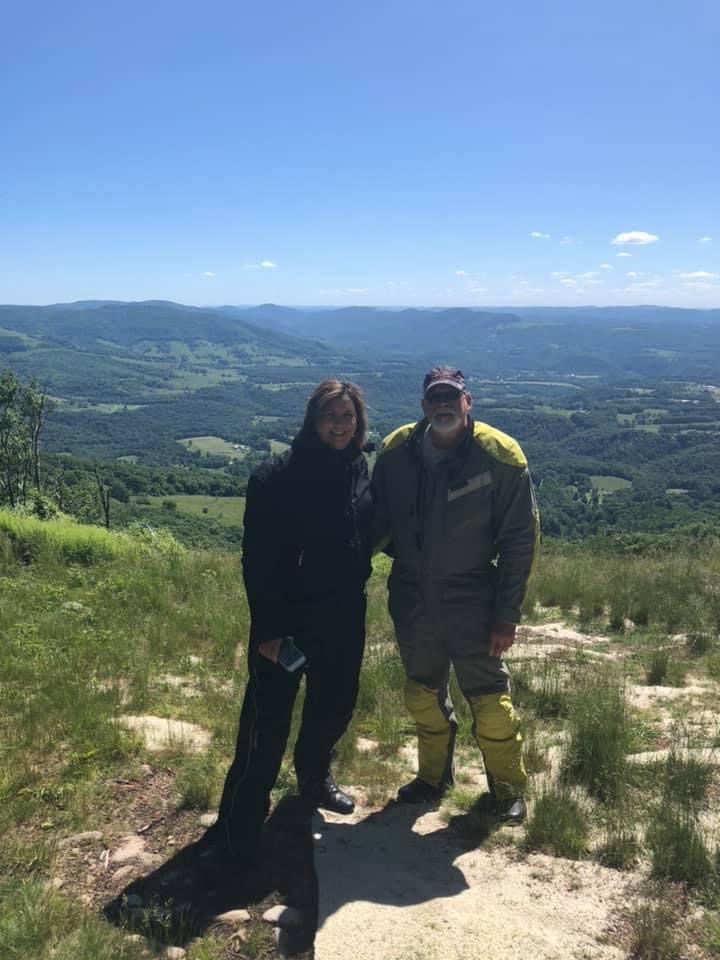 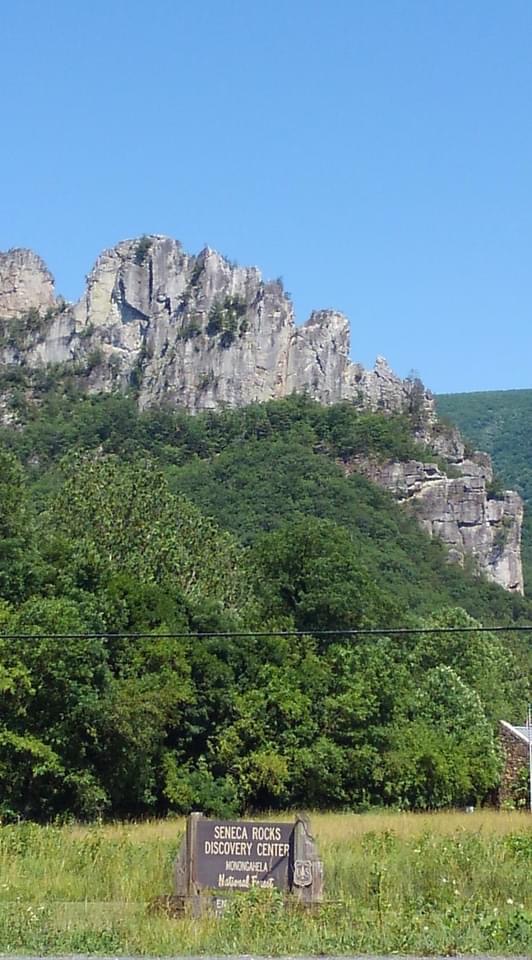 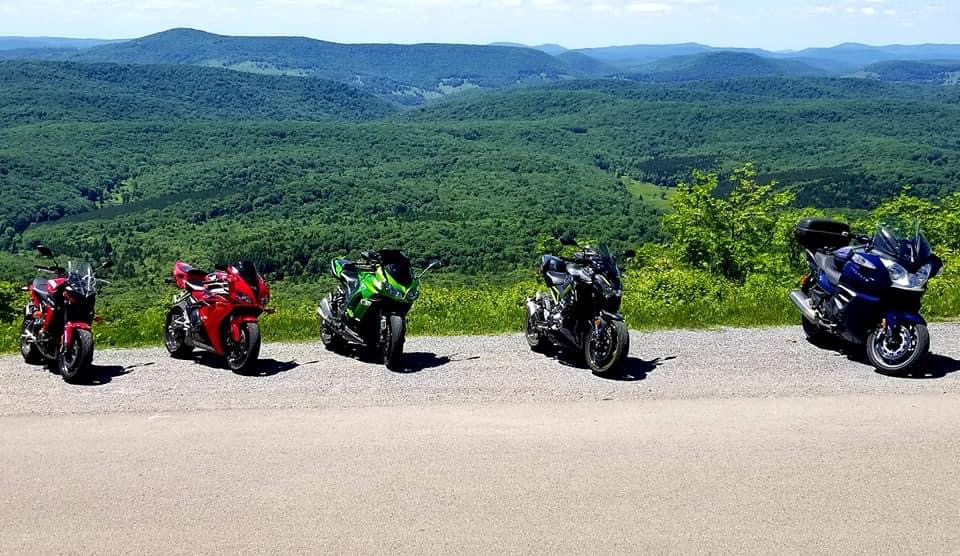 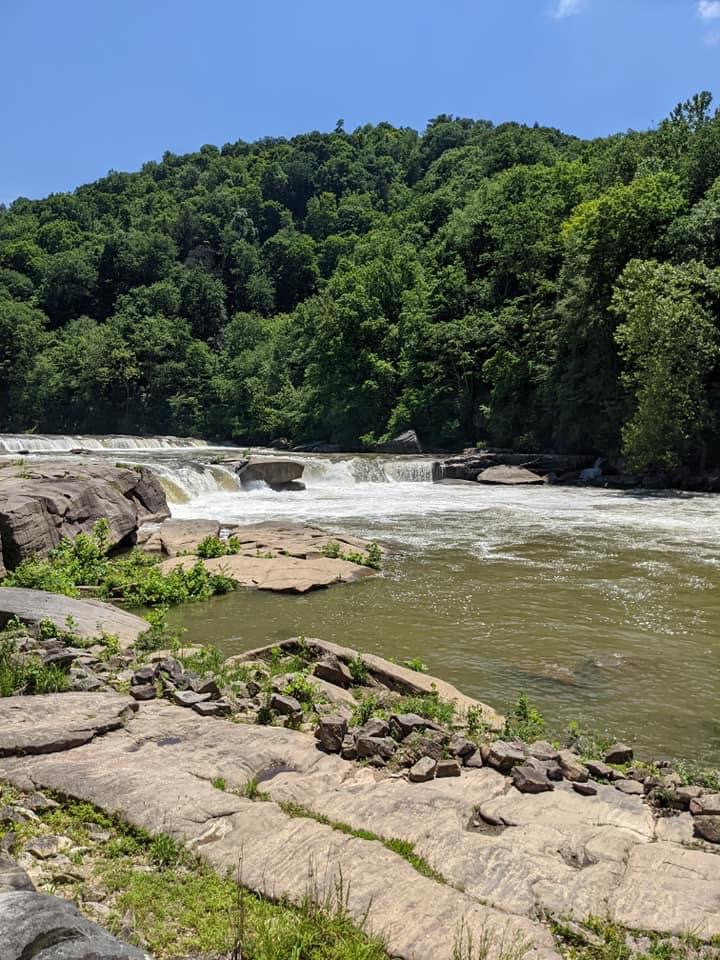 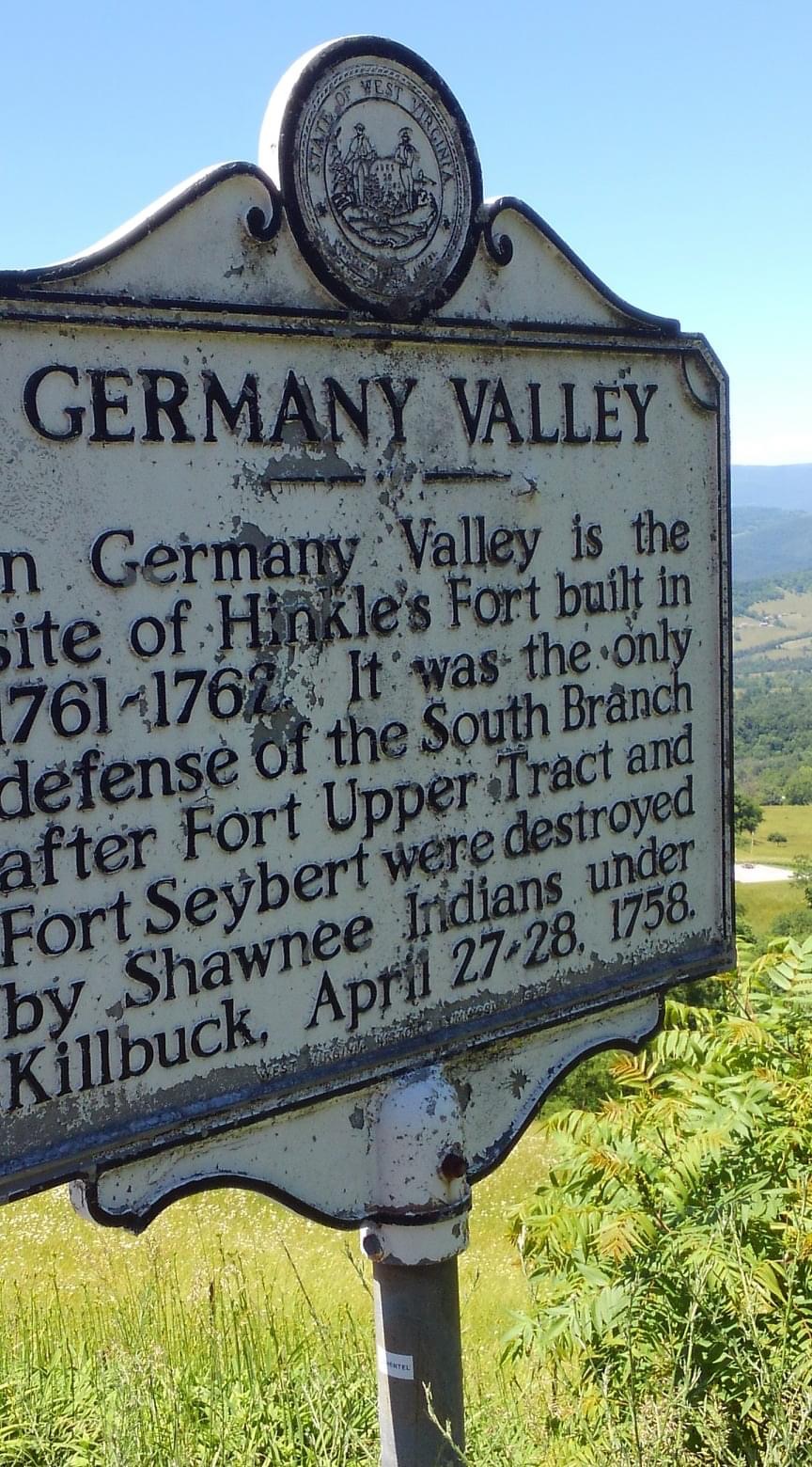 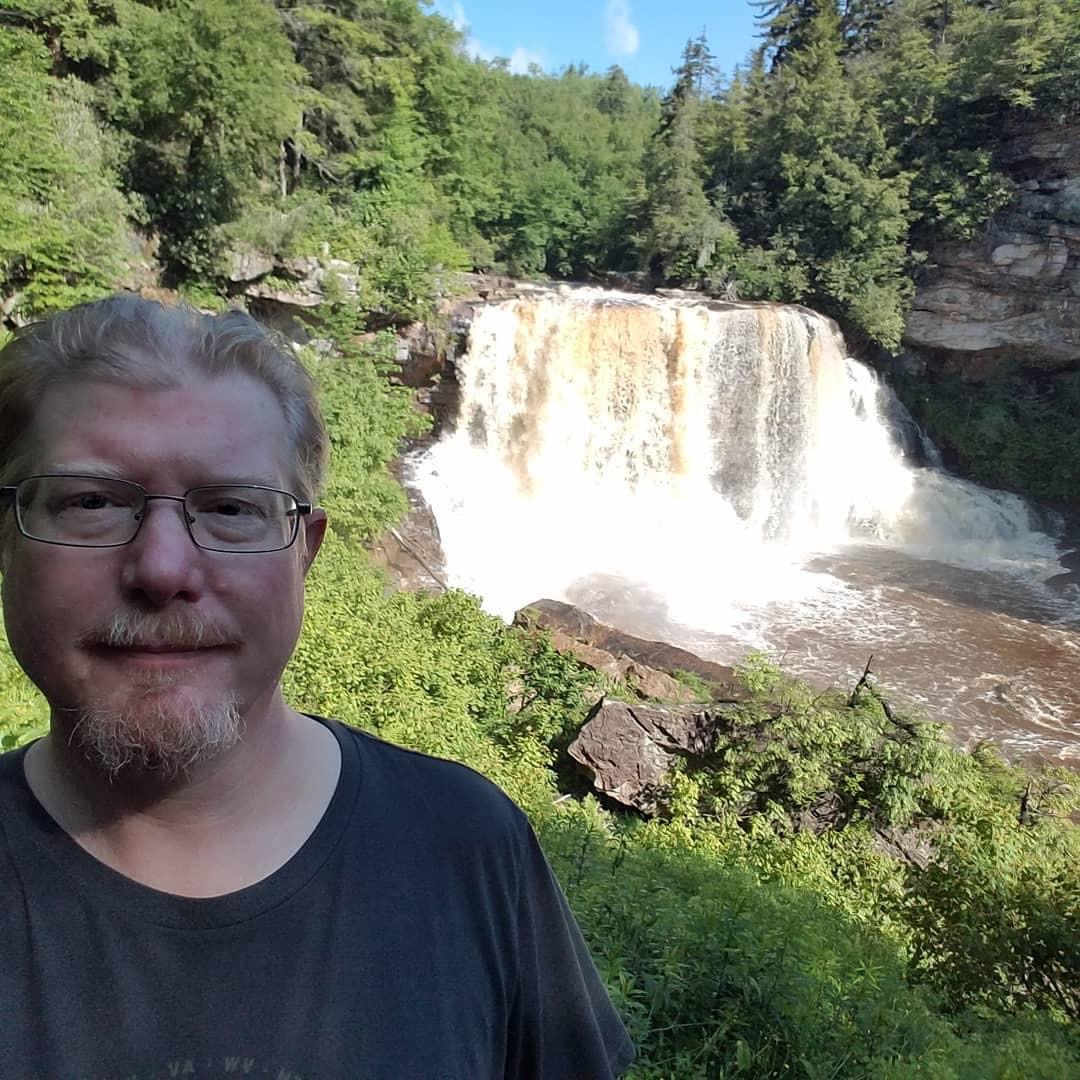 But hey, we take our “work” almost as serious as we take our fun in this club, and the STAR event is also the time when we have our annual members meeting. That’s the time we take to share information about the club with the members in person and not just through the website, the STAReview, and emails. But first, we need to make sure all of the attendees are well fed, so Monday evening we had everyone taken over to the ski lodge in the resort and fed their fill of hotdogs, hamburgers, and the fixings. 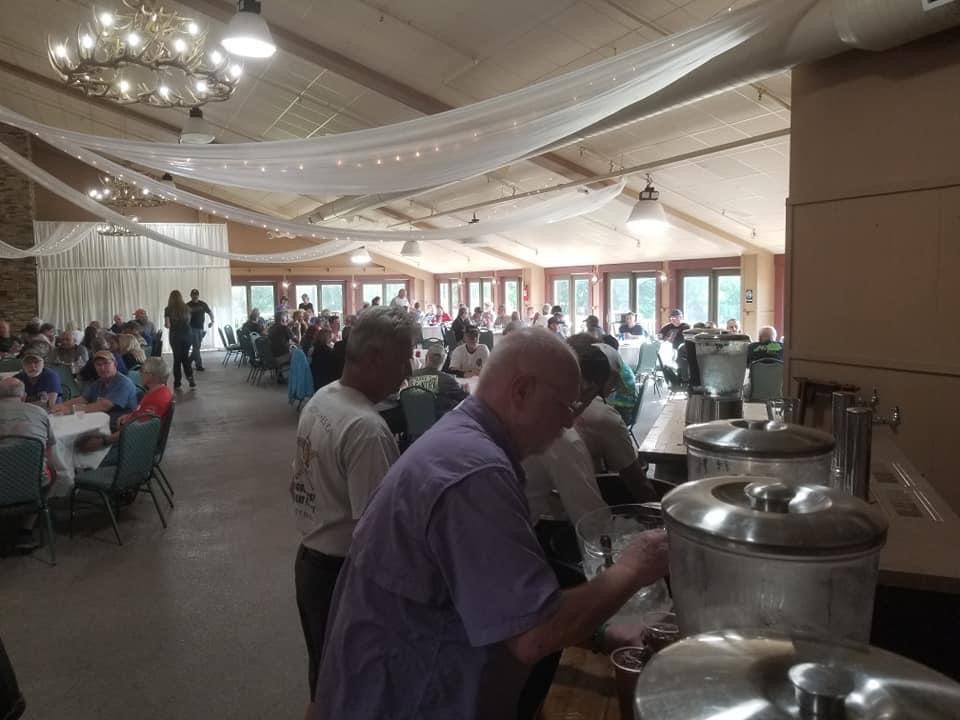 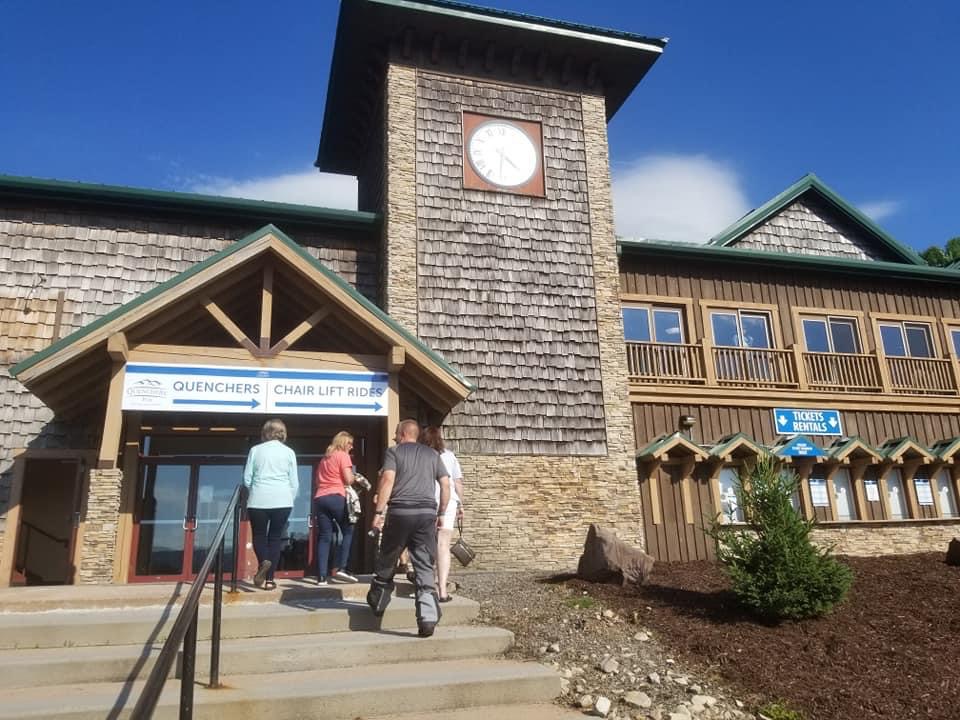 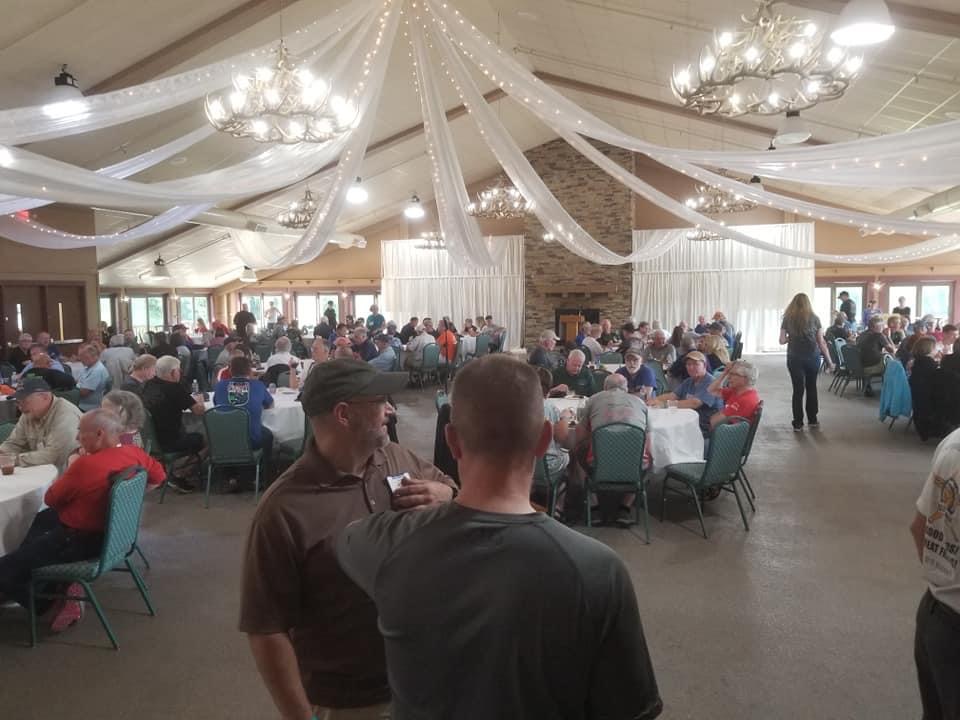 Followed by a short “meeting’ where the subjects of club financials, membership numbers, and other club business was discussed. After those tasks were finished, we gave away awards for the long distance riders and Norm Kern gave away his award for Volunteer of the Year to Will England for his great work with the MSTA Facebook group. We ended the evening with the announcement of the location and dates for STAR2022 (Cape Girardeau, Missouri June 19-23, 2022) and a discussion about where to go in 2023. Our plan is to go out WEST, somewhere in the Rocky Mountains region.

Tuesday was another day for doing some outstanding riding in the state. Yours truly finally had a free day with no other tasks to take care of and I got together with some of my Michigan buddies and we did a ride over to a wonderful state park outside of Grafton, WV called Valley Falls State Park. 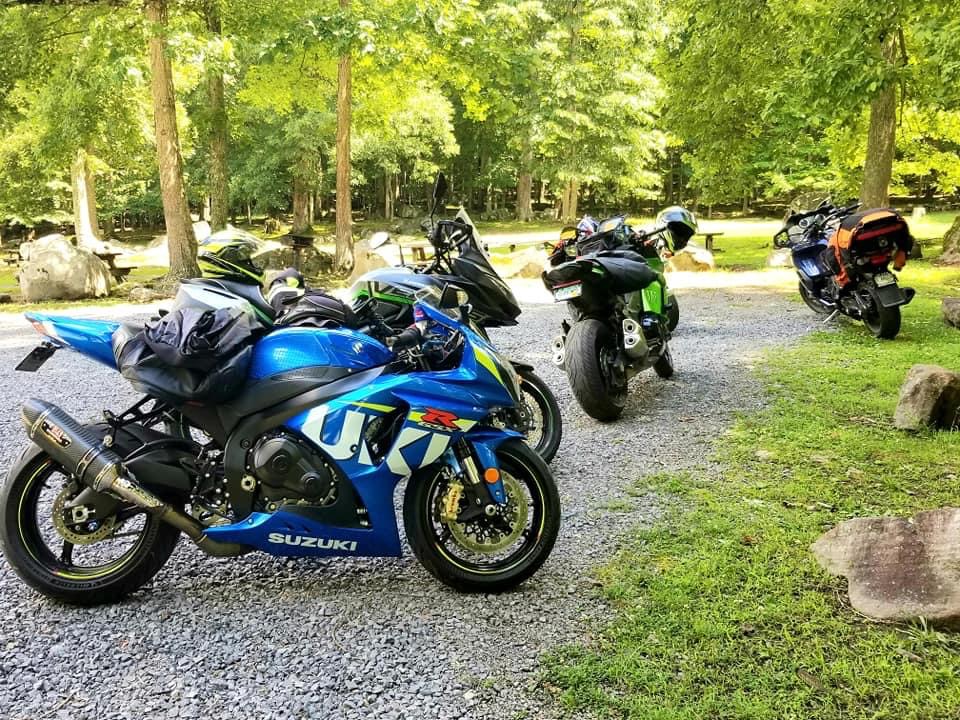 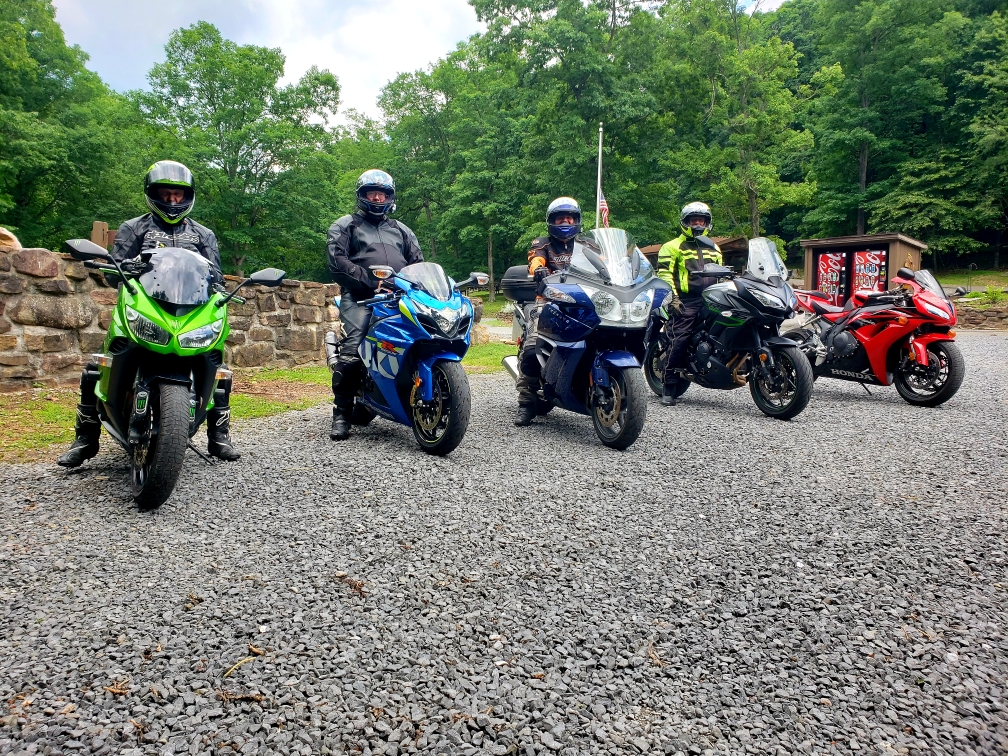 Wednesday of any STAR is a day with mixed feeling for almost everyone. It’s the last day of the rally and while most people are feeling a little sad that it is almost time to return home, it is also the day when we hold our annual banquet and do the drawings for the major door prizes, including the annual new motorcycle giveaway. Most people tend to take a shorter ride on that day, knowing that they have the beginning of their home journey coming up on Thursday. The highlight of the day for most is the evening banquet. At the banquet we make sure to acknowledge the volunteers and people that help to put on such a great event. The annual President’s Award is given out to recognize someone that has gone over and beyond for the club either in the last year, or over several years. This year the award was given to treasurer, Tim Macy in recognition of his 15 combined years as MSTA treasurer. Tim is stepping down into retirement for the 2nd time at the post and will be replaced by Kelly Ernst. THANK YOU Tim for all you have done for the club over the years, and Thank You Kelly, for stepping up. Finally at the end of evening, the drawing for the new motorcycle give away is done. The winner of the 2020 Honda NC750X is Peter Spock from New Jersey. Many times the winner is in attendance but that was not the case this year. However we did call Peter from the banquet and everyone had the opportunity to congratulate him. Peter has vowed to ride the bike to next year’s STAR. Congratulations Peter, I’m looking forward to seeing you there! 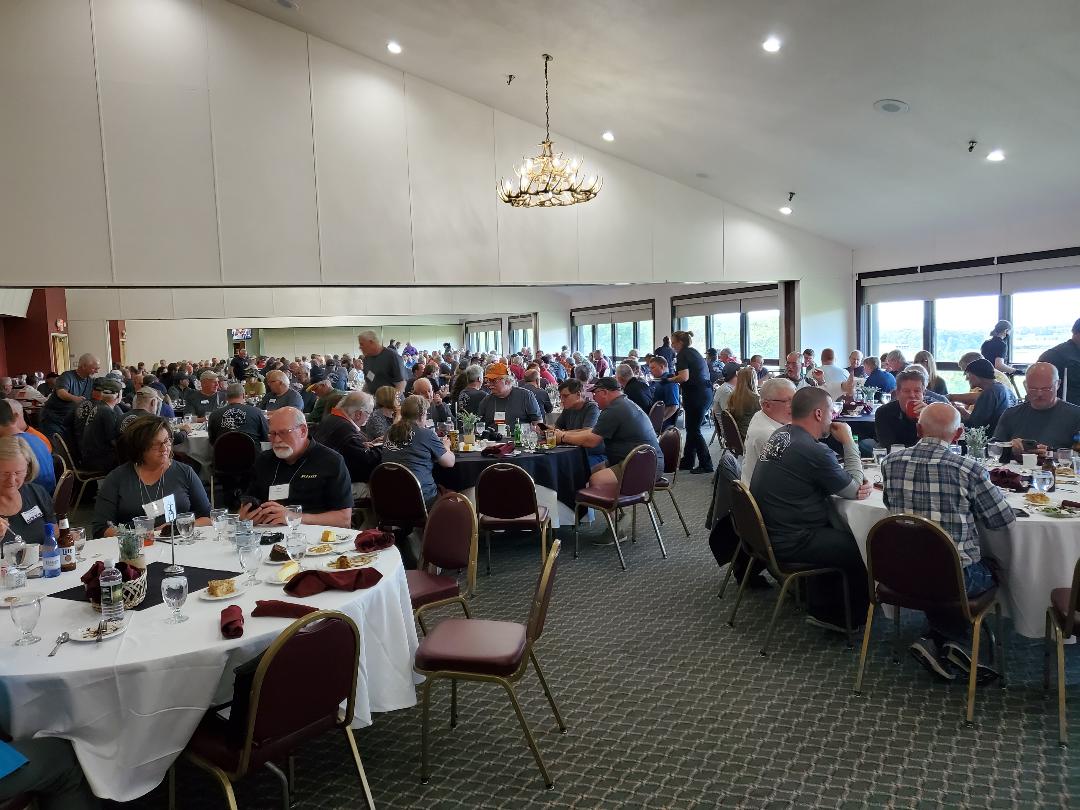 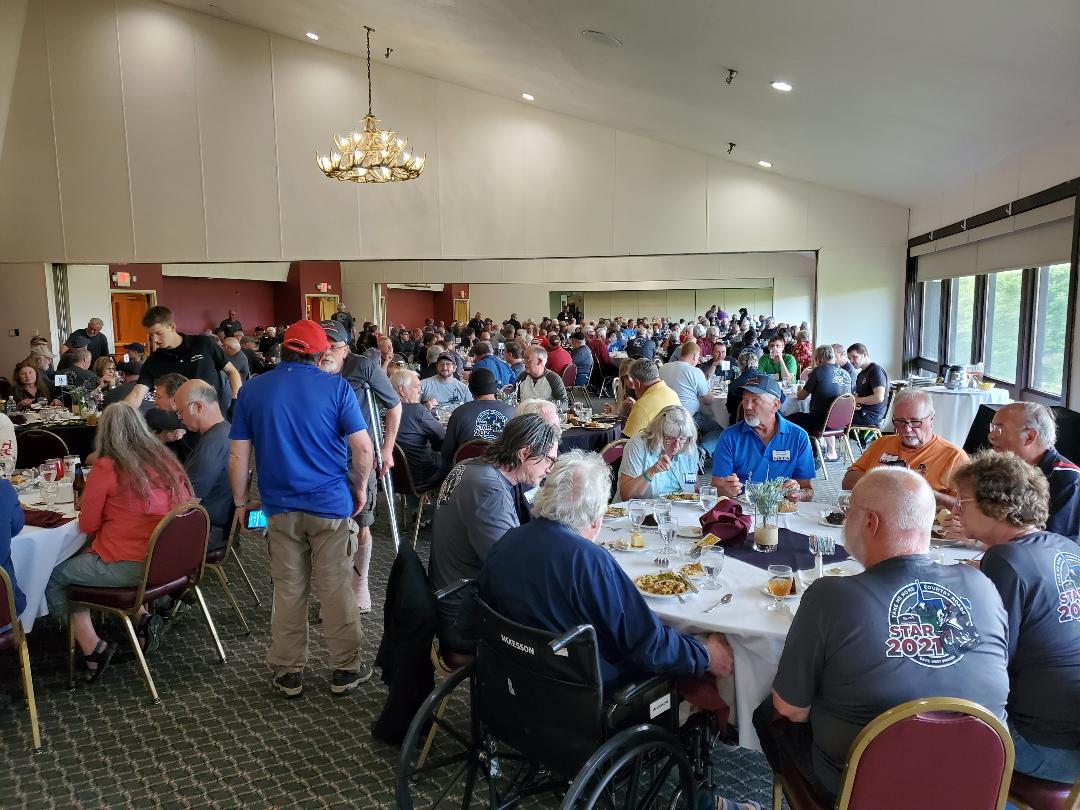 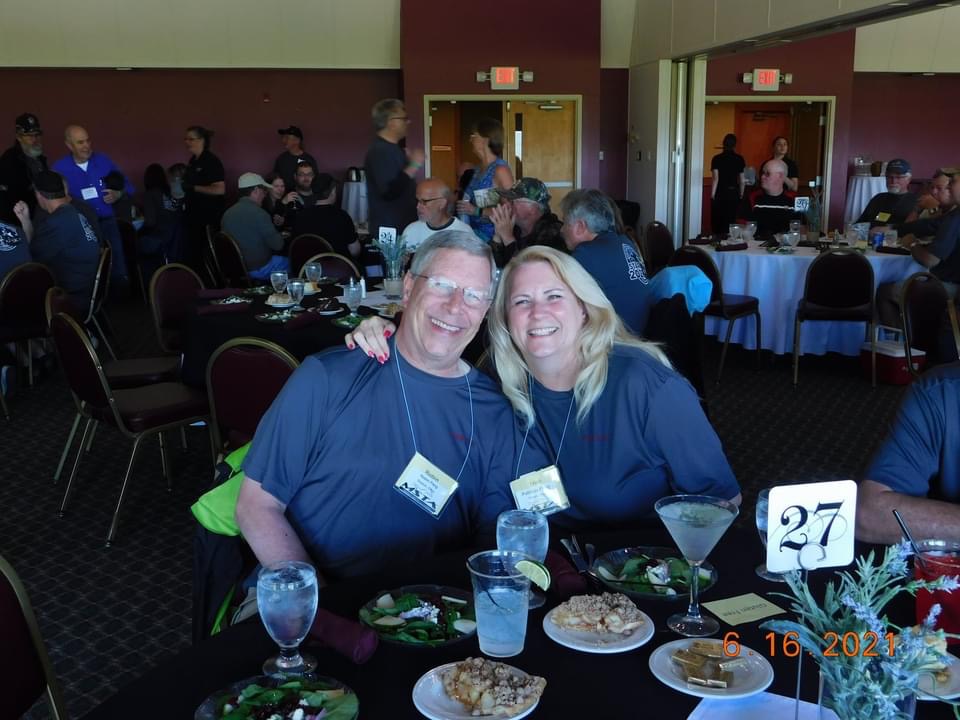 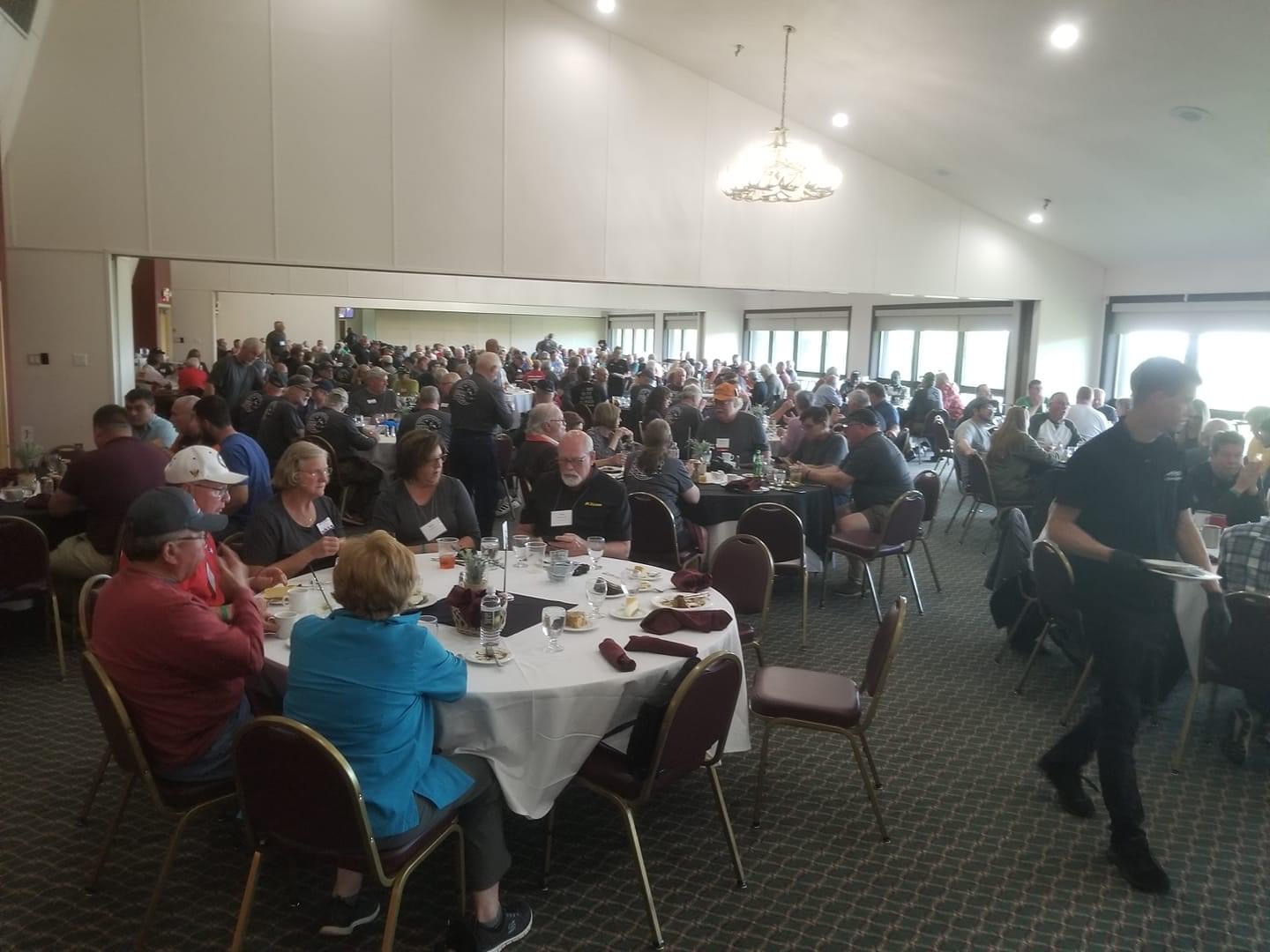 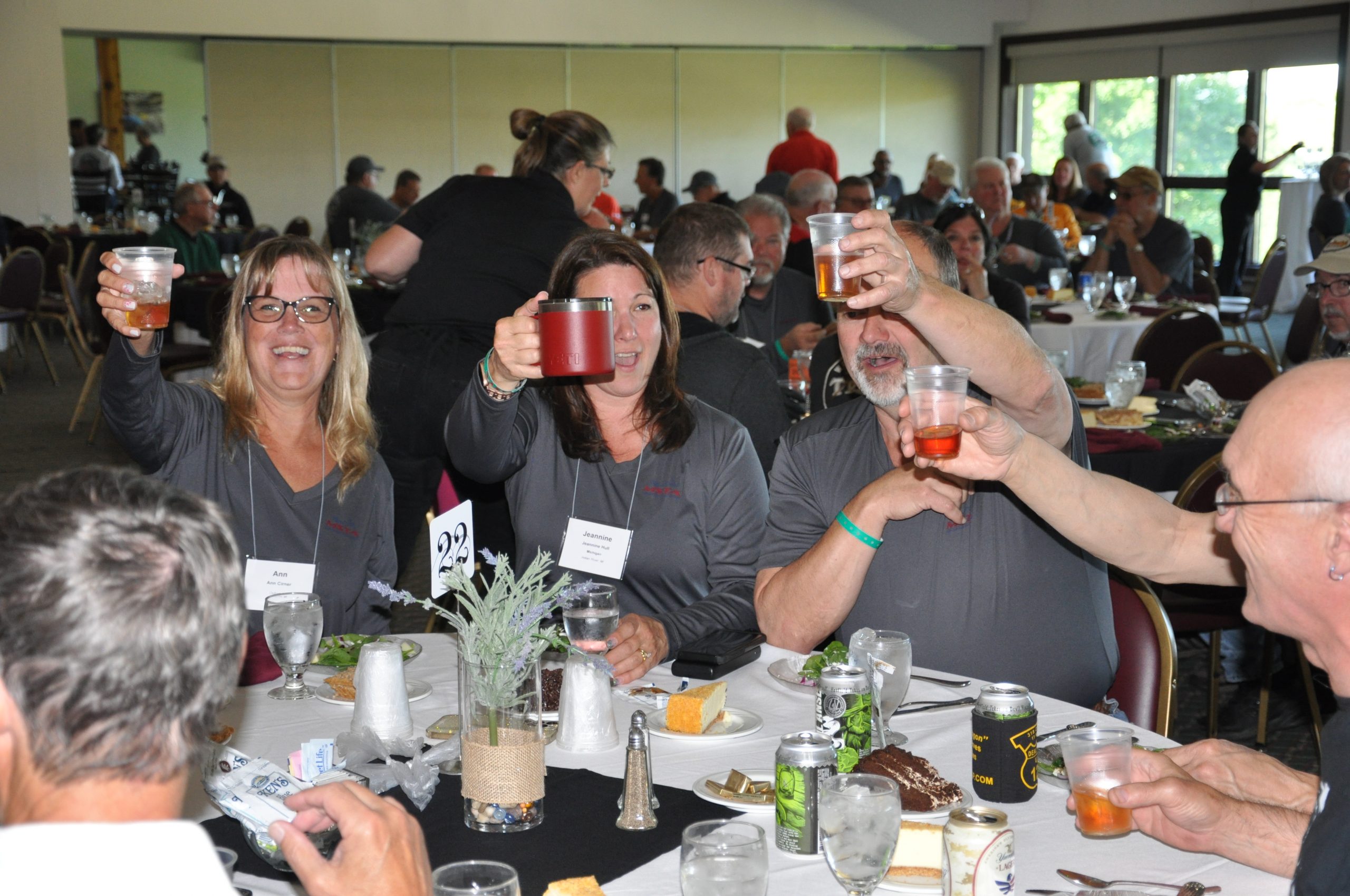